On March 20th 2015 a partial eclipse of our sun could be viewed from my home town. Badly prepared as always all I brought was my camera, but that is not enough to take pictures of such an event.

Luckily a friend brought the inside of an old floppy disk (that was formlery used to install Debian). Placing this in front of the camera lens and manually adjusting focus to indefinite produced the images below.

The first tries did not seem to yield a pleasant result at first, but when I looked at the images on my laptop I found the amazing reflection of sun and moon below the actual image of them. Check out the second image and notice that the two celestial bodies are also mirrored. 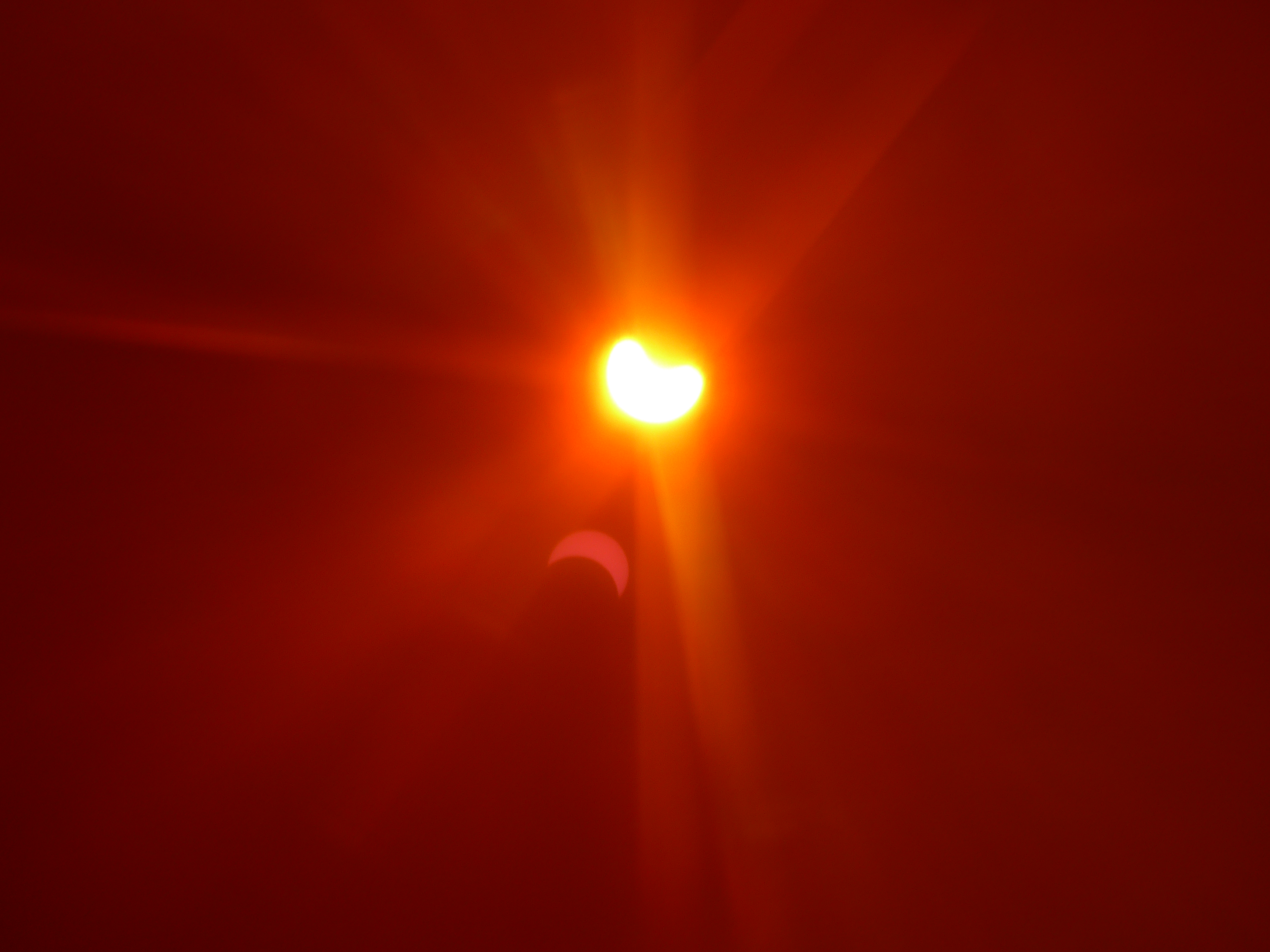 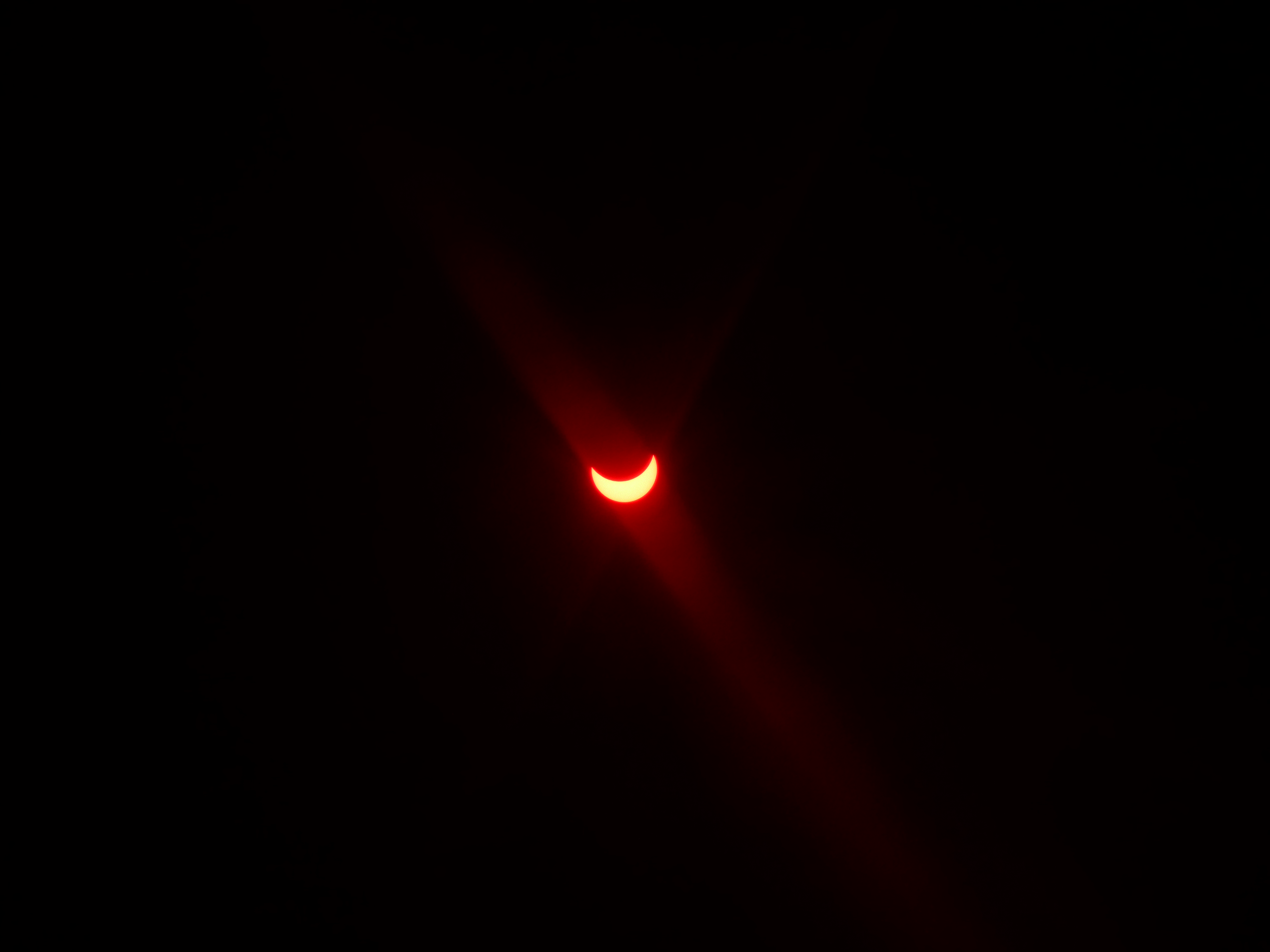 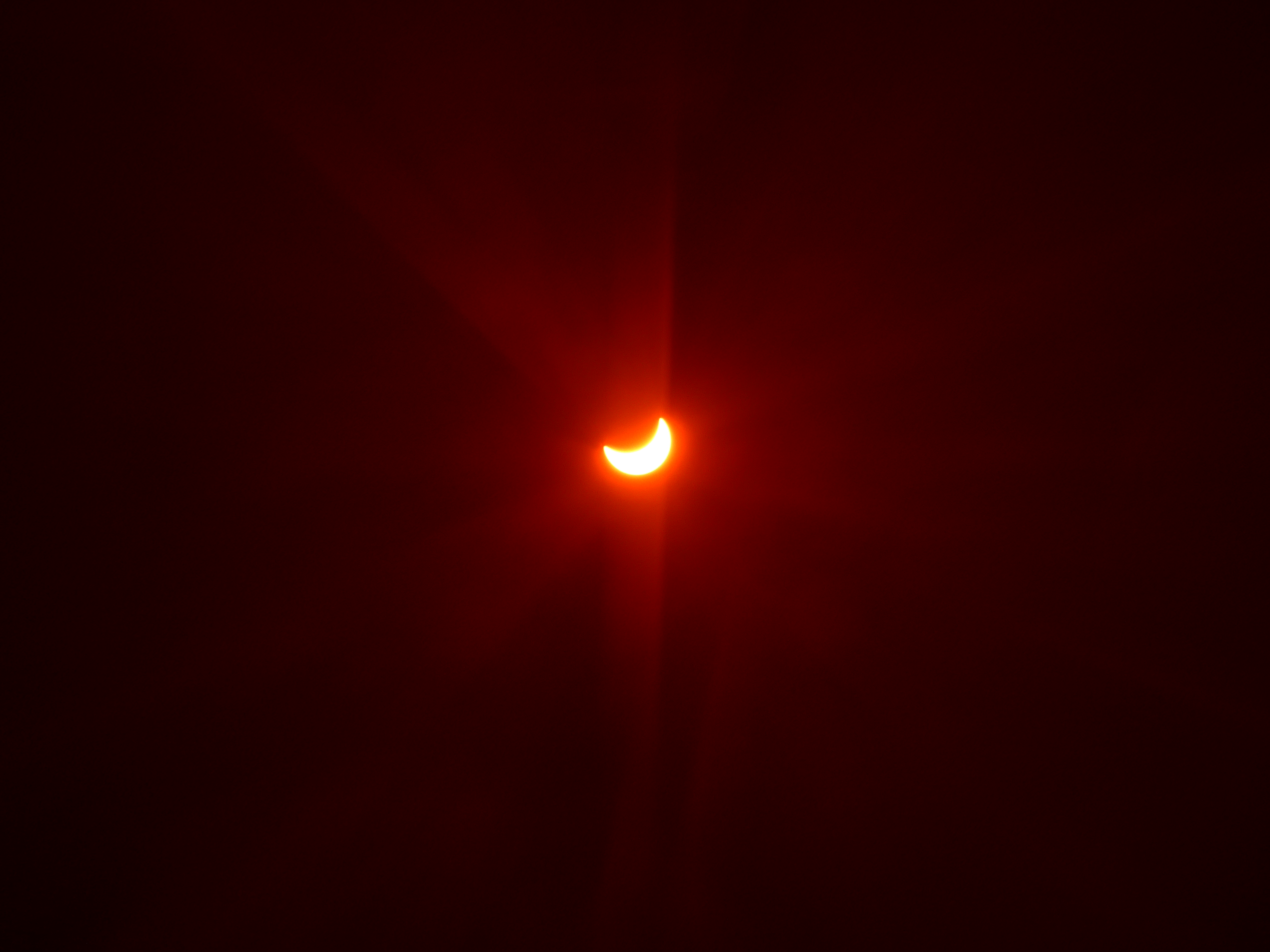